Here's where it starts to get a little more nuggety, tracing the Lockin Out story. I was most stoked on the Stop and Think anecdotal then, and re-reading it, it's still really cool. For context, check out part 1 here. 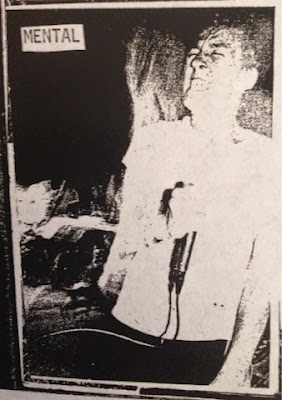 Lockin Out was established as a means to release the Mental EP (And You Know This)...was there intention to turn it into a full-blown record label?

At the time, we weren't trying to associate with anyone. We kinda wanted to create our own lane. That's why we decided to release it on our own...on Lockin Out. Really, I just put "Lockin Out" on the back of the Mental record because it sounded cool. After releasing the Mental record, I realized "oh, this isn't that hard to do." So I did it for one friend's band, and then another friends band, so on and so on. Then it became what it is now... 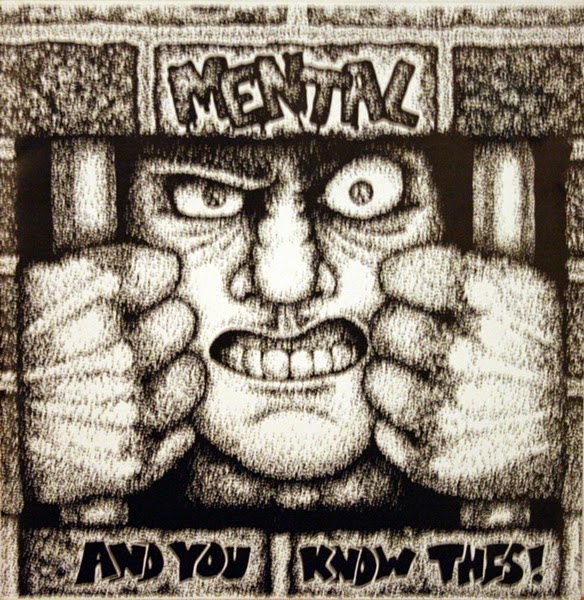 Did you have a "blueprint" for how you wanted it to go?
I definitely worship the early Revelation stuff and tried to make it like that...and still do.

Maybe it's just revisionist history, but Lockin Out kind of represented an overall sea-change for what hardcore could be. It was very different from the current climate. How did that influence your decisions?
We did feel some of that. That's why we wanted to release our own record. We wanted to do something new. We loved NYHC and just old hardcore in general and it seemed like all the bands around at the time weren't playing hardcore. They were playing some other shit, but not like the shit we were into. Song structure? Lyrics? Nothing like we were into. Except maybe Stop and Think. That's why I love that band. They sounded like what a hardcore band should sound like to me.

The age old, English professor question I guess. "What is hardcore?" Some see it as a medium for change or politics, for others it's like being in a junior indie rock band.
I just look at it as a way to release aggression. I don't think it will change anything in the world nor do I think it should. It's cool and keeps kids out of trouble and maybe some of the messages can help kids with some personal issues, but as far as changing the world, nah. Fuck all that! (laughs).

So you run Lockin Out from your house...
Oh yeah. I got a big dirty closet full of all sorts of Lockin Out shit. It is very bare bones. It's a DIY hardcore label man! (laughs).

Yeah, I guess I'm asking if it's financially stable. Do you have to supplement Lockin Out much with your own money?
Lockin Out usually supports itself, but sometimes I have to throw some money into it. I usually make a little bit of money, break even or lose a little money off of my releases, so at the end of the day overall, I break even. When I'm hit with multiple releases at once, I usually need to give some money to the label from my pocket, but it's worth it. I feel like at the end of the day I'm doing my part to support what really helped me out when I was younger: hardcore.

Who's been instrumental in getting it off the ground?
I wouldn't have been able to do it without my boy AJ. He was like a mentor or manager to me, and still is. Joey C was a big influence to keep me motivated just by seeing the way he was about motivation and dedication to getting shit done. The dude has a work ethic, and so do I, but he really made me realize what hard work will yield. Same with AJ. That dude would get up at like 6 AM to run hills when he was boxing. That shit makes you feel like you can be doing more. Hard work is the key to success in anything. Anyone who does a label or a zine or anything really, they all know it can't be done without a lot of hard work. If you look at the shit we did and still doing, you know it doesn't just happen on its own.

Who helps out now?
Alex is my ace right now for packing orders and all that bullshit. AJ always has my back when I need help. Money, rides, favors...anything. Chucky Edge is the OG Lockin Out Records employee. If he's in town and I need help, he's always there for me. Honestly though, it's mostly just me.

Do you have any conscious intentions of making Lockin Out "bigger?"
It's slowly growing and evolving, but I like the pace I'm going now because I can handle it. If I bit off any more I wouldn't be able to chew it, you know? Plus, I like being involved in every step. I like going to the studio for recordings. I like to be there when the record is mastered. Realistically, I can only really keep going at the same pace I've always been going. I think if I wanted it to get bigger I'd have to starter cranking out stuff and the quality would go down. That's the most important thing to me. The quality of the releases that I've put out, and will continue to put out. I'd eventually like to get more T-shirts for bands and things like that on the site, but again I'm super picky about shit. If it's not the HOTTEST shirt the band ever made, then I don't wanna put it on my site.