Greg Mental Interview pt. 1 (Mental broke up, U2 did not) 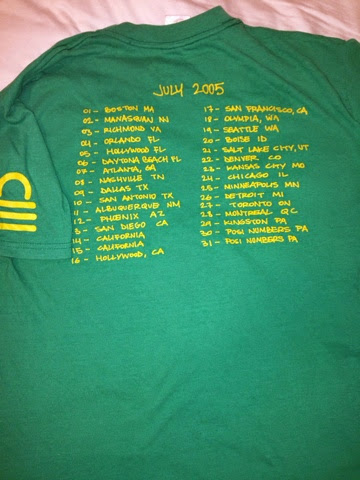 I'm sure at some point I've probably said something stupid like "I'll never post my paper zine interviews online" and "blogs are killing zines" and "everyone younger than me is dumb" etc. etc. Time and experience tend to iron out the craggiest of crags and well...here we are. I still think that zines and blogs aren't interchangeable entities, but I've also loosened up on my stance that blogs have no merit (obviously). They do. They're accessible, and I do this for the working man. The monkeys with computers doing SEO and copywriting and whatnot. Those who spend more time in front of a computer than they do with their children and families.

I'm going to bleed in some of my old Drug Dogs interviews little by little since they'll likely never be re-printed in their original form (never say never though) and you know what? I'm proud of them. I'd like people to see them. Know your history and whatnot. I've seen a few zines and podcasts go up with Greg in them recently, and maybe I'd just like to throw my hat in that ring.

Drug Dogs zine was my attempt at making a "good zine" (i.e. the kind of zine I'd want to read) and not just reprinted garbage from the internet. I'd made a crappy zine before (In Low Carb) that lasted 10 issues and NO ONE read it because it just wasn't very good, and Drug Dogs was going to change all that. It was all done by hand, illustrated and with photo contributions by a guy I met on B9 named James Campbell and the writing was heavily influenced by Hardware and Bullshit Monthly. It was also released during one of hardcore's "rebuilding" years (2009) when it seemed like all of the good bands from "my" era were disappearing and it was my first real experience dealing with "younger" people and bands now dictating the direction of where things would go. (Predictably: when I was first going to shows, I was constantly told how much better everything was in the 90's, how much "realer" and punker it all was and how me and my group of bafflewit chat-room yahoos were going to ruin it all, so...you know). Personal biases accounted for, I feel like 2007-2010 represented a particularly "dry" era in hardcore when there were very few exciting new bands, few good zines, and a whole lot of derivative shlock. I was a huge fan of Trapped Under Ice's 7"s and full-length, as well as Bad Seed's stuff because to me, moshy hardcore was JUST about to become over-saturated when those hit but that style was still kinda in a sweet spot. Also, not withstanding any cred I may get for saying, TUI just wrote great stand-alone songs...but this is all for another post. It was also where I saw the "fests" starting to become a core staple which was exciting then, but seems kind of silly now, and we see how far it's come already.  I guess I'll call it an "interesting" time to be diplomatic, and one the bebs will probably remember a lot more fondly than me.

Anyway, this Mental interview was conducted over the course of several weeks. Lockin Out hadn't really done much in a while (as you'll see later on in the interview) and more than anything, I was still kind of mourning the loss of Mental (in a Trumbull Escapades blogpost that's no longer on the internet) Morgado summarized the "Lockin Out Era" as the time period between Mental's first show and the Planet Mental record release in 2005. If that's the case, then by 2008 we were well into post-after-party status and so now, in 2014, where are we? Revival time? Someone ask someone on that giant ass Lockin Out thread on B9.

I was a nervous little mark talking to Greg. I had the opportunity to interview him on their tour with Justice, but I was a dumb high school senior and didn't have the wherewithal to make it actually happen (but I did get to see this tour in 3 different cities). He was great to interview, and didn't make fun of me when I asked dumb questions.


This is the web-version, so you aren't getting the FULL EXPERIENCE (i.e. the meticulous hand-layouts I did, and the illustrations which I see getting shared [without my credit] all over Tumblr) but oh well. Does anyone really read words anyway? Here's part 1, where we started things out talking about hisx life post-Mental and about working with U2. Enjoy.

The interview was conducted in 2008 and printed in 2009. Some of the content has likely changed in parts. All illustrated content by me. More to come. Enjoy.

Was the edge break what killed Mental?
No, that's not why the band broke up. Dookie and I broke edge but the other dudes in the band didn't really give a shit. We were all straight edge when we met and started the band, but none of us were really judgmental like that. We were just straight edge. It wasn't what really defined us as people or as a band. We kept it moving once Dooks and I started being wastoids. The band broke up because Dookie didn't wanna do it anymore. I'm not sure the reason, but it wasn't a problem with any one of us. It was just what he wanted to do with his life at the time. I can't speak for him, but that's the gist of it. When I talked to him about it, I was like "fuck it, let's call it a day." We had a good run and didn't wanna wear it out. I think a lot of bands stay around way too long and don't ever realize it. We had also agreed, way back, that we would never do the band with different members. WE defined the band and all had our own things we contributed, so without Dookie there really was no Mental. We just played our last show at the end of our tour with Blacklisted and Iron Age, which was a ton of fun. There was never any moment where we were playing shows that we didn't want to. When we got to Atlanta it was just like "this will be our last show." We played it and never really thought twice about it.

How have your opinions of straight edge "evolved" since Mental?
I just keep it moving man. It's not anything I consciously think about, but I'm sure a lot has changed. I've grown up a lot, I've learned a lot about "real life" you know? I'm 25 now, not 19. I've been around the world a few times, met some inspirational people and been through a lot of shit. Sure that's changed me some, but I've still got the same heart. I still feel like a fucked up 16 year old kid. I think people who know me well will say I am still the same person.

At the time, I heard so much stuff about what happened after that. I heard some rumor that you were in a band that sounded like Black Sabbath (laughs). There was definitely a lull in Lockin Out activity, right when Mental broke up.
I went away for about a year to work on the crew for Robbie Williams and then U2. It was just a good opportunity. I took a job at a small tech company in Massachusetts and they basically taught me all this shit in a month or so, then sent me off on the road. They hired me based on my experience from touring with Mental and shit, not so much my technical experience. I still work with those dudes, I don't plan on doing a tour any time soon, but I have to go to a lot of shows to set things up. I'm finishing this interview from the production office in Miami for the Jay-Z/Mary J. Blige "Heart of the City" tour.

Working on the U2 crew? Damn. Did you like...meet Bono?
I saw the dudes and met them, but I wasn't hanging out with them or anything like that. Bands on giant tours like that have a whole crew of people working to set up their concert all day and the artists usually roll into the venue an hour or so before they hit the stage. The crew is very tight with each other, but the artists are definitely on another level.

I mean, obviously it's a job not like you were trying to work with U2. Did you have many thoughts on them before hand? Perceptions that were changed after working with them?
They killed it on that tour. I don't fuck with them personally, but I respect the hell out of how gigantic they are. Those dudes are PAID.

Yeah, I mean likely THE most globally recognized band ever. Did anyone give you any flack for it? Some punk flag-wavers or anything ridiculous?
Nah, no one has ever given me shit, but I doubt many people know or care (laughs). I don't really know what working for U2 has to do with my label. I literally could have been working for anyone in the world. It was just a job. A way to make money. I didn't set out to be on tour with U2 per-se, I just had an opportunity and jumped on it.

It had to be a shock though, going from touring with Mental and then seeing how these, you know...iPod rock business men are peddling their wares.
It was really touring on that level. Indeed, it was a dramatic contrast to touring around in the Mental van, but I got that job from being able to function at that level of shitty touring.

Final U2 question. I'm not a huge fan, but my Dad likes 'em. I listened to Achtung Baby a lot as a kid. My Dad saw them on the ZOO-TV tour and told me they had the most elaborate stage set-up he'd ever seen. Exploding TV's and paper machete statues and stuff like that...anything cool like that?
Yeah man, they had a crazy set up. Lots of political shit going on, but to tell you the truth I don't think I watched the whole show even one time. Like I said, U2 isn't really my shit. They had a lot of typical political footage like your Dad probably saw. The cool thing about their setup was just that they had these huge Marshall cabinets stacked up, like 100 of them. Maybe more. THAT was the shit that impressed me.

Now that Mental's broken up, can you see yourself ever being in a band again?
I'm still hoping to start a new band, I just don't have time to get it going. For now I'd rather just not say anything about that. 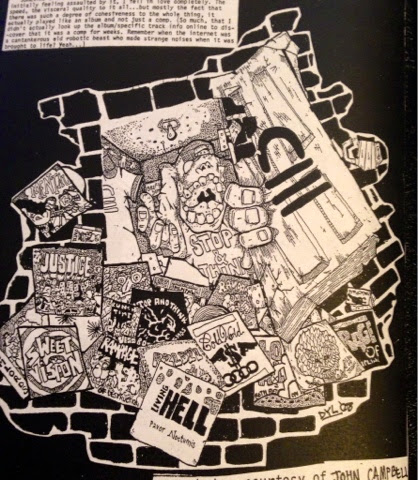